Mythologising about composers in general is rife: think Wagner, Beethoven; or Mozart with his Freemasonry and the alleged rivalry with Salieri. Few composers hold such a fascination as Sorabji (1892-1988), whose works are of magnificent length. His Opus Clavicembalisticum is a mammoth evening of knotty fugues and mind-bending complexity, all within his severe yet somehow involving musical language. Pianists brave enough to take his music on are few and far between; so we often miss out on a softer side, which we can hear, for example in his piece Le jardin perfumé.

From the first performance of Opus Clavicembalisticum I heard, John Ogdon at the Queen Elizabeth Hall in the 1980s, I was hooked. I have heard the piece since, too: but precious other Sorabji. So it is good that BIS is recording vast swathes.

This is the final instalment of a gargantuan project: all of Sorabji's 100 Transcendental Studies (1940-44). This two disc set comprises Nos. 84-100 and, while some are nice and short, one should note that the Coda-Finale is just a touch under an hour long and includes a quintriple fugue. Not for the faint-hearted, then. Incidentally, Ullén's complete Transcendental Studies would take you around eight hours 20 minutes to work your way through in the BIS performances.

The very first piece on this set offers a nice way in. It's a 'Tango habanera". Not quite Carmen, this (although Soranji did pen a pastiche on it elsewhere in his output), but the habanera rhythm is clearly discernible; and just listen to the way the piece escalates towards a heady climax. Ullén's pianism is remarkable:

There's even a "chopstcks" study, although it's not quite what you think it's going to be:

I mentioned a softer side to Sorabji earlier. It surfaces here, too. Here's "Ornaments," Study No. 94, an often post-Debussy wash of sound:

... prolonged, perhaps, in the similarly beautiful No. 96.

If anyone is going to finish an extended work such as this on a high (and a very long one), it's going to be Sorabji. And so it is that Nos. 99 and 100 take up the whole of the second disc.  No. 99 is a Quasi Fantasia (Nello stilo della fantasia cromatica di Giovanni Sebastiano). If you haven't worked your way through the Italian yet, Giovanni Sebastiano is none other than Johann Sebastian Bach, and it is the Chromatic Fantasy Sorabji is working with. Ullén is wonderful in his discipline, something that gives the music a sort of hewn from granite appeal; and as carillons of bells start to appear and Sorabji starts to go wild, it is as if the doors of Heaven open (note this piece is over a quarter of an hour long):

The five themes of the final study, No. 100, each form the basis of an individual fugue; the piece closes with a Stretto maestrale which combines all five themes. I particularly like Ullén's description in his notes that the music attains information overload, collapsing into turbulent cadenzas. It is unstoppable, that's for sure, and so is Ullén.

Worth noting that the Fifth Fugue (à 6) begins with a slow unfolding that holds all of the wisdom and compositional confidence of a major Bach Fugue. This is music which ends up being unbelievably beautiful, music that slowly rotates before that hard-nosed complexity reaffirms itself in the Strerro maestrale. Here's that 19-minute "Quinto soggetto à 6 voci":

Don't for a second think this is easy music; do think that it might change something within you. Sorabji has a completely original voice that includes vortices of sound that seem almost galactic in nature, and Ullén has the skills to realise them. 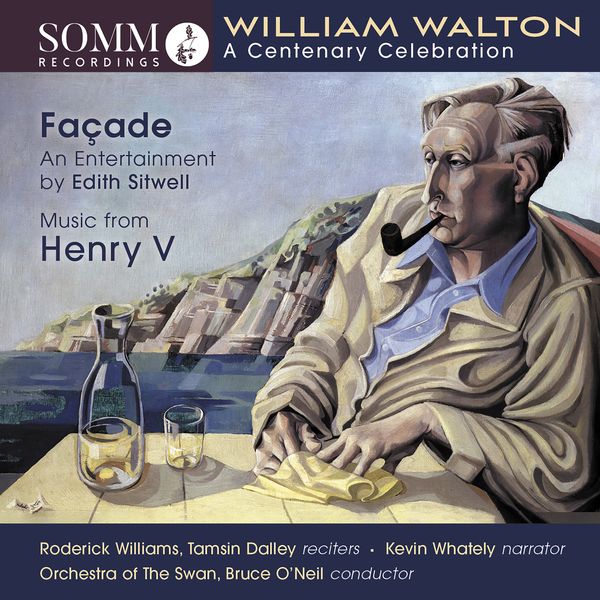 This is an inspired coupling, spectacularly realised

Everything - recorded sound, performance standard, sheer élan - conspires to bring us a performance to overshadow all others

The individuality of the Orchestra of the Swan is beyond doubt; this strikes me as their finest offering to date